1. History and legend are combined in the source of Catalonia, given that the origin has roots with a real person, adorned with epic features: Guifré el Pelós or Wilfred the Hairy. This nobleman, renowned for his value in battle, is linked to the tradition of the four bars on the flag, marked with his fingers and his own blood on his golden shield.

2. When he died in 897, he was the first Count to create hereditary passage and he left his possessions to the Marca Hispanica or Spanish March. He broke away from the Frankish kings and that gave way to the origin of the House of Barcelona. The Spanish March had been created by the Carolingian Empire as a frontier dividing the territories dominated by Christians and Muslims.

3. The Crown of Aragon. The ancestry of Guifré el Pelós was the Crown of Aragon, when his destiny was connected to the Kingdom of Aragon due to the dynastic problems of this monarchy. King Alfonso the Battler died without an heir and his kingdom went to the military orders. The will was not honoured and his brother Ramiro II, the Monk took over the throne. He did not have an heir either so in order to ensure succession, he gave his daughter Peronella's hand to the Count of Barcelona, Ramon Berenguer IV, when she was only a year old.

4. The marriage had to wait for another thirteen years as the Church did not permit marriage until the bride was at least fourteen years of age. Alfonso II, the son of Ramon Berenguer IV d'Aragó and Peronella, inherited all of the titles and kingship in 1164 after his father died and his mother was abdicated. In fact, what is historically known as the Crown of Aragon, the United Kingdom and the House of Barcelona began with him.

5. Expansion in the Mediterranean. With the Catalan Kings, the Crown prospered and expanded in such a way that its territories touched Mallorca, Valencia, Sicilia, Corsica, Sardinia and Naples. That is how the Crown of Aragon became a vitally important military and commercial empire. King Jaume I the Conqueror was especially prominent in this event, an example of the growth of power and development of the Crown along with the detriment of Arab kingdoms.

6. It is remarkable that new territories added on, such as Valencia, maintained their own 'Furs' or Laws. In the 13th Century, Catalonia had one of the best infantries in the world, the Almogàvers, who were even contracted to fight the Turks in Constantinople, where their battle cry could be heard : "Desperta ferro!" (Wake up Iron!).

7. The book, Consulate of the Sea, was written from the House of Barcelona and Catalan-Aragon marine companies were created, allowing the conquest of the Dukes of Athens and Neopatria in 1380. The House of Barcelona came to an end when Martí l'Humà died in 1410, and the sceptre was passed to the Trastámara dynasty under Ferran. His marriage to Queen Isabel resulted in the union of the Aragon and Castille Kingdoms.

8. The defeat in 1714. After the Catholic Kings, the Habsburg Dynasty maintained complex relations with the principality. Even though they respected each other’s institutions, the differences with the crown were serious due to the resources reclaimed by the monarchs for their military companies. The misunderstandings came to a head in 1640, in the framework of the European Thirty Years' War, when the war of the Segadors faced French and Castellans on Catalan soil.

9. The conflagration ended the peace in the Pyrenees, which is why Roselló and part of Cerdanya became French territory and were taken away from Catalonia. After Carles II died without an heir, Felip V, of the Bourbon Dynasty, took the throne of Spain. In 1701, he pledged to the Constitutions, but another claimer, Charles of Austria, joined in the War of Succession. Catalonia took the Austrian side, but in 1714, Barcelona fell and the cities that were not supported by the Bourbons were treated badly.

10. Catalanism resurges. During the Napoleon wars, Catalonia was temporarily segregated by Bonaparte. In the last third of the 19th Century, there was a great resurgence of Catalanism in all aspects. The result in politics was the Commonwealth, the union of deputations as an institution that represented Catalonia. It did not last long, as in 1923 it was abolished by the dictatorship of Primo de Rivera. 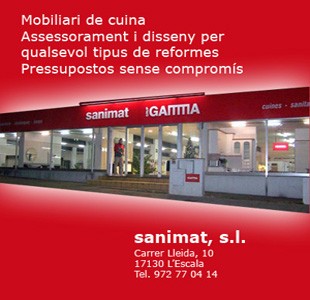 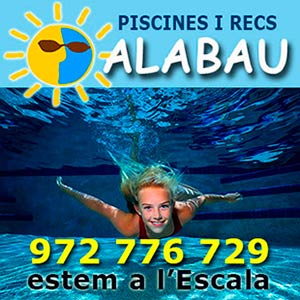